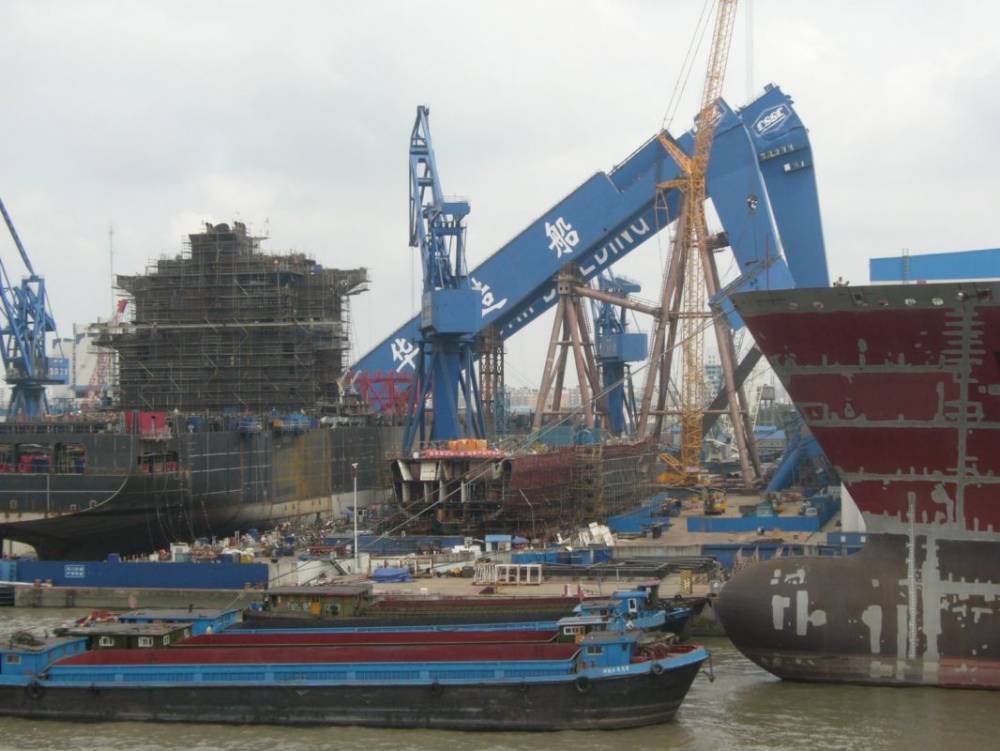 If you think you are having a bad day, take a look at this. It is one of those real "Oh Shit!" moments in history!

A bit of a disaster, this one... The blue things were a couple of heavy-lift gantry cranes at a shipyard on the Huang-Pu river, near Shanghai, China。 They have both toppled down onto a large container ship under construction in a dry-dock - and knocked the ship off its blocks and right across to the side of the dock. This photo was taken about 5 or 6 weeks after the incident and dismantling of one of the heavy lift gantry cranes is already underway. What they will do with the ship, I have no idea. (It may be possible to float it and get it back into the middle of the dock, after the wreckage of the gantry cranes has been removed? It could also be a complete write-off and they may even end-up having to break the ship up too, salvage what bits they can and start building a new one?)

Whatever. This is one Chinese shipbuilding disaster that is going to cost a LOT of money!!

Photo taken from on board c.s. Wave Venture, on passage down the Huang-Pu between Shanghai and Wusong - September, 2008

The ship in the foreground is the Dapeng Star, a gas tanker under construction and the container ship in the dry-dock is the Xin Fei Zhou