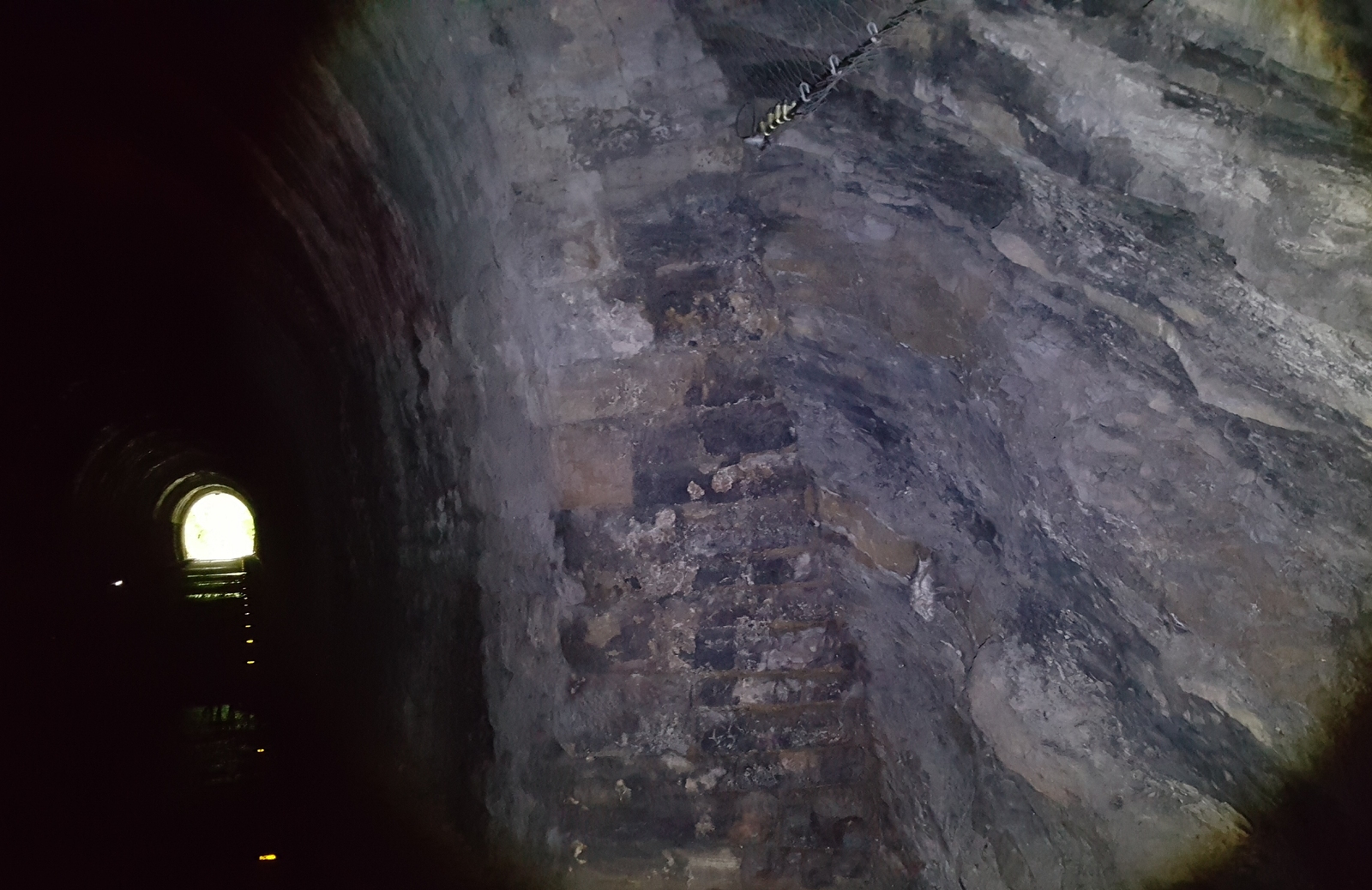 Shute Shelve Tunnel on the Strawberry Line Trail in Somerset and North Somerset, in the South West of England.

The old railway tunnel passes through a ridge between Shute Shelve Hill and Winscombe Hill in the Mendip Hills Area of Outstanding Natural Beauty. Although the tunnel is only about 180m long, it passes through a very marked transition in rock strata about two thirds of the way through, when entering through the North portal, (coming from Winscome and heading South towards Axbridge) - changing abruptly from soft marl to hard limestone.

Where the tunnel was cut through the soft marl, it has a lining of brick and stone, whereas the section through the hard limestone has bare, unlined walls.

The photo shows the transition between the lined and unlined sections of the tunnel.


Out and about in Somerset