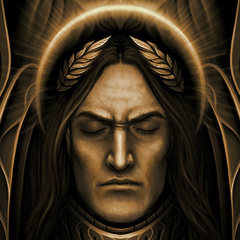 This one took me about 2-3 hours on off work. Done in Sketchbook with references used.

This is a final concept of a "Stalker".

"Documenting my sightings while out in what is left of the UK. I've come to calling the more 'Normal' undead 'Stalkers'. AS you'd imagine, there are more of the fresher undead than that of the 'Feral's', these guys are slow and stupid. I've noted that they will indeed follow living people but only for short periods, after line of sight is lost and cannot be found again these guys either simply stand still...mill about in small groups or simply wander aimlessly.

Not so hard to drop, bullet to the head or something heavy seems to do the job just fine. Weak in comparison to the 'Feral's', when they grab you, you can simply shove them back with enough force and they usually let go and fall over, thus making escape simple as long as there is not too many of them.

Seen a few of these guys wearing gear including weapons and the like, also with either red arm bands, bandanna's...scarf's or some item that is red and worn in full sight. I think this may be groups of survivors trying to find some way to easily identify one another so there is no friendly fire incidents. Nothing more to say on the matter.

Special thanks to Darren Benton [[link] For doing the logo! -Ripped from my DA account as original image has been lost on a broken PC

© Callum Johnson
2
From the album: