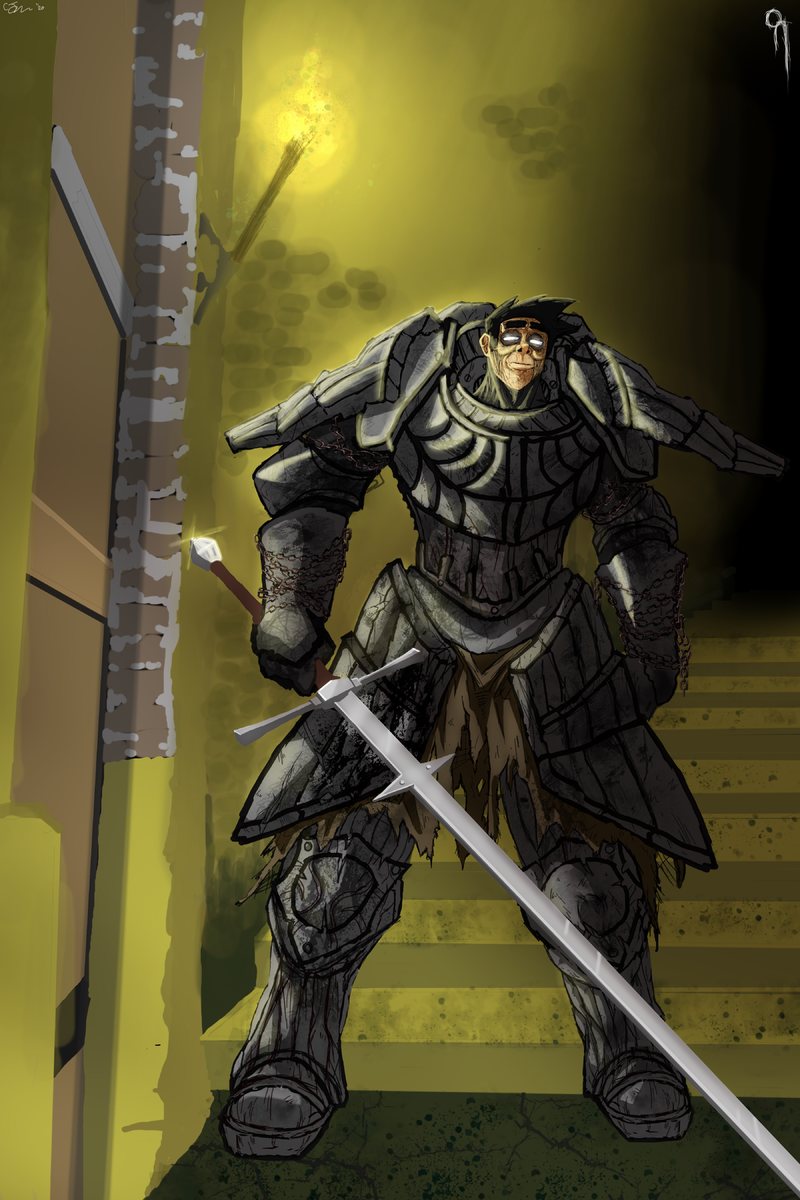 "Upon deciding his fate and choosing to let the last flame become an ember then ash, Rando let the lands become swallowed in darkness, breaking the cycle. However, now a ruler of a dead land slowly Rando's mind degraded over the many empty centuries and he became as hollow as all the souls he had consumed to reach his lofty, but now cursed existence. Whispers say that he wandered back to a particular, in the undead berg, where he now resides in it's shaded depths, like a tribute to it's former occupant..."